You may not have considered it sooner, but the necessity of a high amp alternator becomes increasingly larger the more accessories you’re running. Contrary to popular belief a more powerful alternator is needed in more applications rather than just for powerful audio systems or subwoofers in the trunk. A stock alternator can only offer you so much power, as most of them have around 10-15 percent of energy as reserve. This only allows for light modding, things such as LED lights or interior gadgets. Once you start attaching bigger things which tend to draw more power, you might run into certain issues. 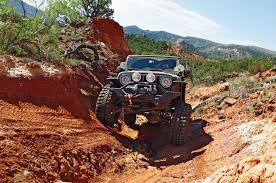 Issues which will see your vehicle’s lights get dimmer, the lighting on the instrument panel fading or flickering and worst case scenario, your alternator dies leaving you stranded. With any vehicle this is annoying to put it best, but with an off-road one it can turn out to be a nightmare. That’s why it’s always a good plan to upgrade your alternator to a high amp one if you’re planning on installing mods, particularly if you know that the stock alternator won’t be enough.
Take the humble winch for instance, the most basic off-roading necessity. As with a lot of things, people assume it’s just a case of plug and play and while that may be true for installing it, it certainly isn’t for powering it. Now don’t get us wrong, there are certain vehicles and alternators designed to be able to withstand such a high demand but the real world situation is that most aren’t. A winch is a serious tool, one that draws lots of power. Just consider what it has to do. It has to tow a 4000+ pound vehicle up a steep cliff or through 2 foot rocks. If that doesn’t sound like a lot trust us, it is. A stock alternator will likely not have enough juice for the task or will simply burn out relatively soon.
Then there’s the issue with the lights. Your everyday vehicle, as is (stock), can typically run your standard headlights, the signals and all of the interior lighting but that’s about it. It wasn’t designed for anything extra in mind. An off-road vehicle on the other hand requires high output lighting systems. Often you’ll see people upgrading the standard lights with more powerful ones in addition to adding more lights in general. This all sounds good but that’s in theory. If you don’t get the high amp alternator to match it won’t work out too good for you in practice. 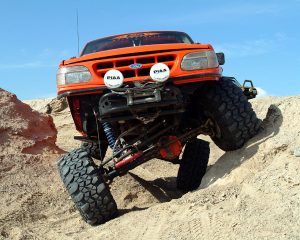 Finally we get to the cooling fans. Yes, even something as simple as cooling can be a challenge for the stock alternator. An off-roader has to endure a lot, not just in terms of climbs and mud, but hot weather as well. Cooling is vital, as any off-roader will tell you. You can have the best truck in the world but without the proper cooling and an alternator to support it, it won’t do much besides overheat.